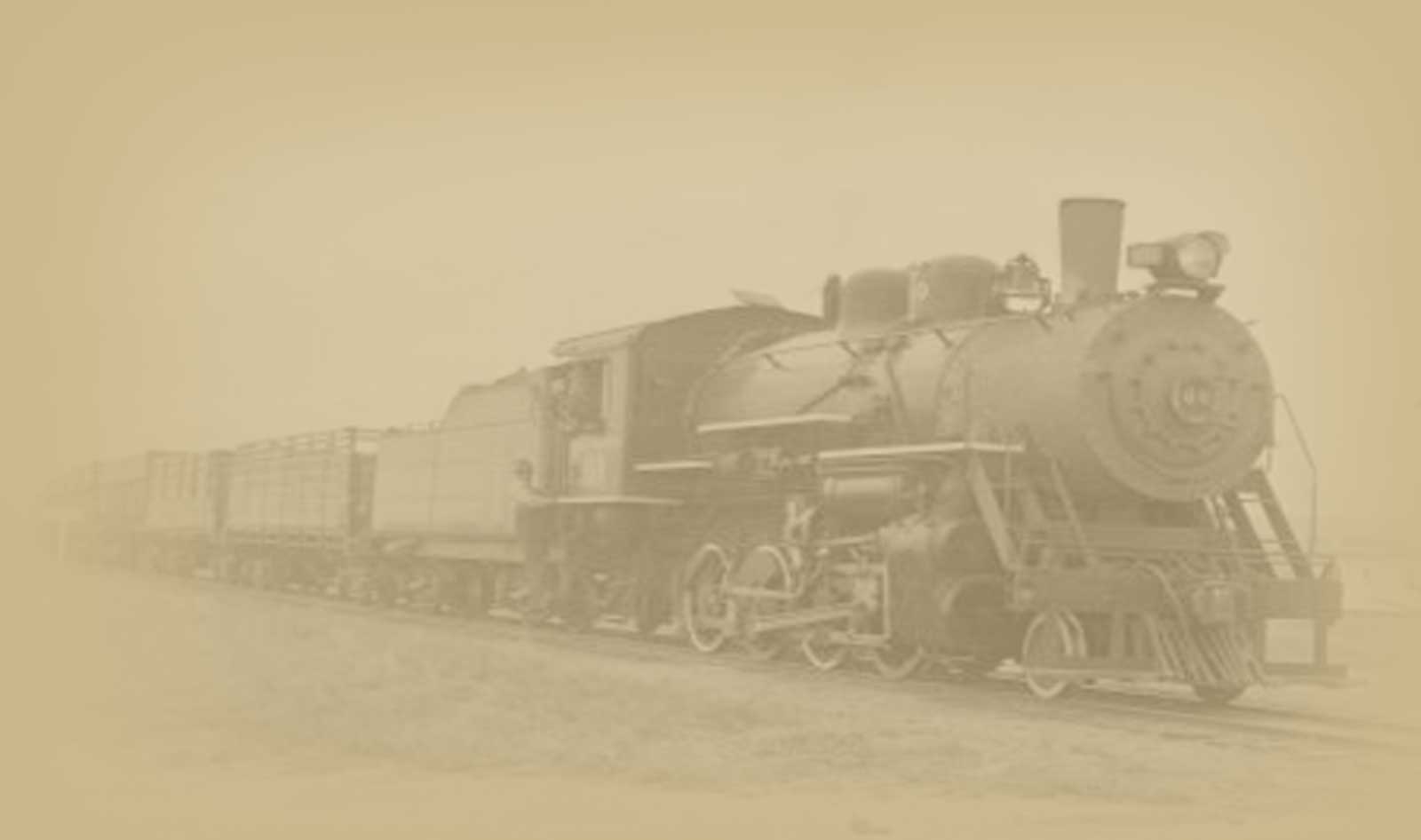 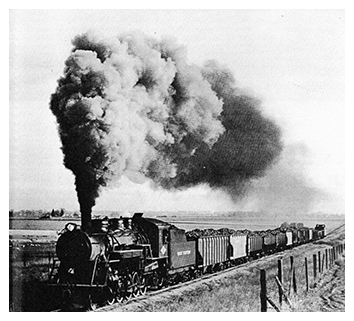 The history of the Great Western Trail begins in Colorado in the early 1900s. The development of irrigation canals and wells allowed farmers to grow crops in Northern Colorado that could not have been grown without the additional water. The sugar beet industry began to flourish as a way to provide sugar without having to ship it in from distant places that could grow sugar cane.

In 1905, the Great Western Railroad built 12.6 miles of new rail between the towns of Eaton and Windsor to carry sugar beets from the farms to processing plants. Both freight and passenger service operated on this line until 1972, when passenger service was halted. The Great Western Sugar Company switched to hauling beets by truck in 1977, effectively idling the rail line. 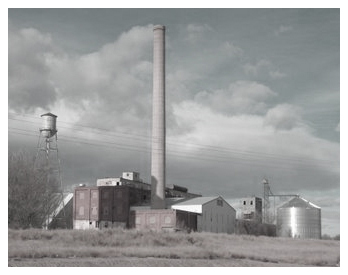 As short-haul rail transport declined, a movement to preserve abandoned railroad right-of-ways for use as recreational trails gained traction, culminating in the “Rails to Trails Act” passed by Congress in 1983. The Act provided for “railbanking”. Railbanking is a term for the use of abandoned rail beds for regional trails until a point in time when the need for railroads potentially arose in the future.

In 2004, The Great Western railway line from Eaton to Windsor was railbanked by its current owner Omnitrax. The old rails and railroad ties were removed. At this point in time, public meetings were held to discuss plans for a trail system that utilized the abandoned rail bed.

In May 2006, the Great Western Trail Authority was formed to accept land from the railroad and build a multi-use recreational trail. In July, the towns of Eaton, Severance and Windsor signed an intergovernmental agreement to cooperate on the development of a trail connecting the three towns. In November 2006, an exclusive right-of-way was granted to the Great Western Trail Authority. A lawsuit by adjacent property owners was dismissed in Weld County court in December 2007, clearing the way for trail construction to begin in 2008. 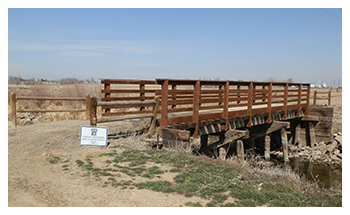 Bridge across Greeley Canal #2 for the Great Western Trail

On September 20, 2008, 2.5 miles of trail was officially opened to the public. Beginning in Severance at CR 74, the trail runs southwest toward Windsor, over the John Law Ditch trestle, southeast of CR 21 and CR 70. This trestle was damaged by fire in May of 2008, when a controlled burn of ditch weeds flared out of control. The natural surface of the rail bed was bladed to remove overgrowth, and a weed control program begun. Signage was installed to mark the trail and warn of highway crossings. In May, 2009, repairs to the damaged John Law trestle were completed, and concrete decking and railings were installed. Similar upgrades to the Greeley #2 Ditch trestle made both railroad trestles safe for pedestrian and bicycles.

In 2012, Great Western Trail was awarded grants from Colorado State Trails and Safe Routes to School totaling $162,250. Combined with $30,000 of local matching funds and In-Kind contributions, the 3 mile section from WCR 74 in Severance to the Greeley #2 Ditch was upgraded with a new crusher-fines surface, native grass seeding and additional trail crossing signs. Construction was completed in December 2014. The improved trail connects Severance to the Town of Windsor recreational trail system , and a trail spur provides access to the nearby Severance Middle School.

Construction of the remaining 7 miles of trail from Eaton to Severance began in May 2020.. GWTA has secured approximately $1.2 million in Federal and State grants to fund the improvements, supported by additional local capital contributions from each of our partner towns of Eaton, Severance and Windsor. Construction of 5.5 miles of trail west from Eaton was completed in October 2020. The final 1.5 miles to Severance is expected to be completed by fall of 2021. Check back for project updates!